Nadal vs Federer on water

A Janet Jacksonesque diet of oxygen and water?

Tennis players having a debate on fluids?

No, it’s an actual sporting event. It seems that Federer and Nadal have played this tennis match, on a floating court in Qatar, a country not renowned for its abundance of water.

It’s not mentioned who won the match and how many balls were lost. Judging from the video below though, there wasn’t much running and I’ll bet that the services where, to say the least, gentlemanly… 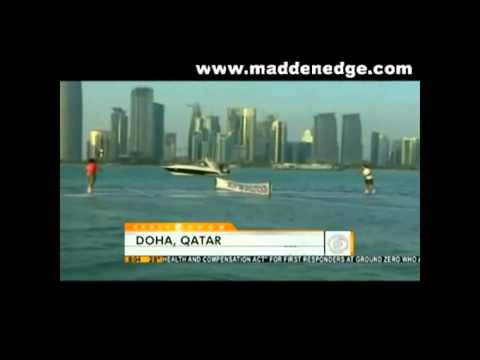 Not coming soon in other misplaced sporting events; alpine skiing in Venice, Wii bowling in Whistler Alberta, and the Victoria’s Secret fashion show, in Iraq.