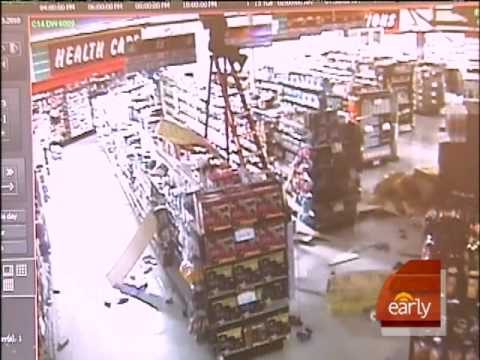 A burglar who feared that police were on the way after he set off an alarm while breaking into a drugstore through the ceiling tried to make a quick getaway by going out the same way that he came in… only to repeatedly fall off the ladder.

In all, he fell off his ladder six times – before finally getting out of the store on the seventh. While he no doubt suffered a few bumps and bruises in his less than spectacular escape attempt, it should be pointed out that he did manage to leave the building before police arrived and that he is still at large.

NBC Video of the Incident

Man Committed Crime To Stay Out of Law School