they're starting him young

Dreams can come true… even if your 1 and you don’t even know what they are yet.

According to Radio Netherlands the move came after a YouTube video of the 1-year old boy shooting three balls into a toy box went viral getting more than 900,000 hits. The video was posted by his father.

However, it seems the contract isn’t putting any money into the pocket of the toddler. The token contract included the toddler joining players during a practice session. And we’re sure the free publicity isn’t hurting the team.

Overall the token contract is very special to the family as it leads the toddler to following in his grandfather’s footsteps, or soccer kicks. Granddaddy once played for the same team.

And for all you doubters out there check out the video. For 12 months in the world he’s got some serious skills. [UPI | Image] 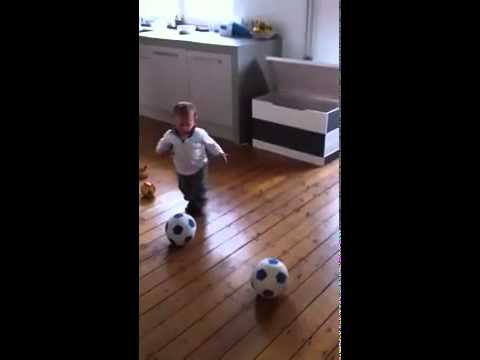