Anonymously donated video footage confirmed a Hamburg couple’s suspicions that there was something behind the deaths of their plants; when they saw footage of their neighbor relieving himself in their front garden.

German newspaper Hamburger Morgen Post wrote that the neighbor, identified as Peter M. and now affectionately known as “Terror Pisser”, had been involved in a “years-long feud” with Dieter and Rosemarie Friebel.

The problem with the Friebels’ front garden began with the death of a hibiscus. According to Ms Friebel:

A hibiscus suddenly looked like it had been burned by the sun.

When plants kept dying, she suspected that the soil might be poisoned and considered taking a soil sample for testing but was dissuaded by the cost.

Mr Friebel explained that they finally discovered the truth from a CD that they found in their letterbox.

One day we found a CD in our post box. A neighbour must have given it to us. When we played it, we could not believe our eyes.

The 12 short films on the CD, shot between October 28 and December 5, showed “Terror Pisser” leaving his house at night and unleashing golden torrents of botanic destruction.

The couple explained that they were sometimes bothered by excessive noise from their neighbor’s home, but that the problems likely started when Rosemarie Friebel witnessed a parking accident involving Peter M. and another car. She was called as a witness in the case.

Since then he has not spoken to us at all.

After being confronted with the evidence, Peter M. is said to have apologized, but while plants may once again grow in their front garden, Rosemarie is still affected by the experience.

It makes me feel sick when I think how often I ran my fingers over the leaves and wondered where the liquid came from. 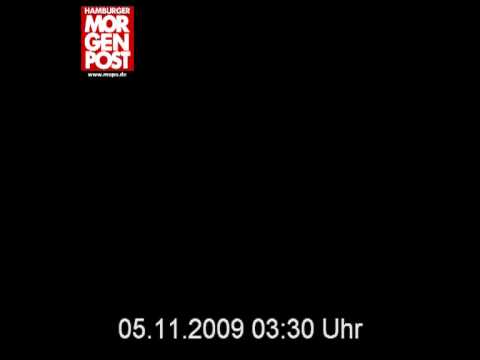 Oops: School Staff Given Insulin Instead Of Swine Flu Vaccination