When it comes to inventive teachers, one could argue that don’t come much craftier than Brookline, Massachusetts high school science teacher Ron Dantowitz. He prepared a mock scenario for his three best students, James Breitmeyer, Brigitte Berman, and Yiannis Karavas in which they had to capture a spacecraft as it made its fiery re-entry into the Earth’s atmosphere.

For six months they slaved away, figuring out the best way to get the job done. Then Dantowitz broke the news:

On March 12th, he stunned them with the news: “The mission is real, and you’re going along for the ride.”

In early June, Dantowitz and the teenagers traveled halfway around the world to help NASA track Japan’s Hayabusa spacecraft as it plunged into Earth’s atmosphere at 27,000 mph and shattered over the Australian outback. After boarding the DC-8 and flying to 41,000 feet, their hard work finally paid off when they successfully recorded the fiery re-entry.

Now I wouldn’t go as far as claiming that this necessarily makes Dantowitz teacher of the year, but for these three 16 and 17-year-old students he is the teacher of a lifetime… I bet the other kids in his class wish they had paid more attention.

So about that video that they shot – if you want to watch it you are going to have to download it from NASA.

In the meantime, here is the video that NASA shot. 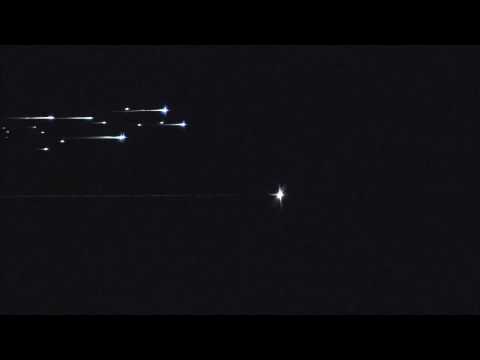 George Washington’s whiskey gets remade for a good cause