Anonymous bullies they may sometimes be, but every once in a while the anonymous legion at 4chan does something to redeem themselves.

A few days ago CCTV footage emerged showing a middle-aged woman stroking an affectionate kitten – she then checked to see if anyone was looking and dumped the poor animal in the trash. While no people were around to witness the woman’s cruelty, it was caught on the CCTV camera that the kitten’s owners, Daryll and Stephanie Mann, had installed. They rescued “Lola” from the bin some 16 hours after she had been put there – the footage found its way onto the Internet a short time after that.

Within a few hours of the video coming to the attention of the denizens of 4chan, the tables had turned on the anonymous woman from the camera footage. They outed her as 50-year-old Mary Bale of Coventry and posted the name of her boss, a Google map of her address and her Facebook profile.

The footage angered Coventry residents enough that West Midlands police considered Bale’s life to be in danger and helped her to hide.

So now the question, were the folks at 4chan irresponsible for publishing Mary Bale’s details? There is always the possibility that they identified the wrong person, but assuming that they are not, I don’t see what they did as being wrong. If she didn’t want the world to know that she stuffs kittens into bins, she shouldn’t stuff kittens into bins. The “level of vitriol” that has been demonstrated towards her is purely her own doing. I don’t think and am not suggesting that Ms. Bale should be physically harmed in any way – but being named and shamed is fair game for someone who is prepared to throw another person’s pet in the trash. 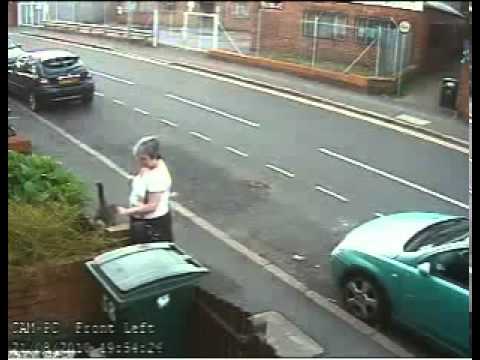 Quite a party: man realizes he was shot… five years later