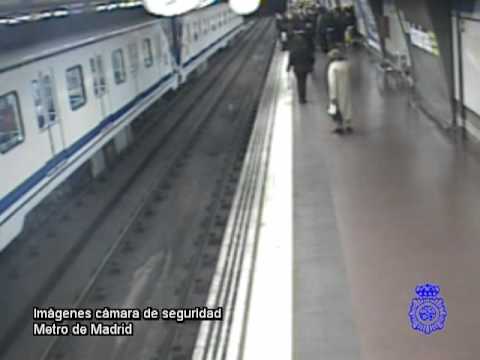 A closed circuit television camera at a Madrid subway station captured the drama as a 41-year-old man fell onto the tracks. Were it not for the quick action of an off-duty police officer, things could have ended up being a lot worse.

I observed a stir at the station, and then I saw the man who had fallen on the tracks.

I ran out, I took off my jacket, and I threw myself onto the tracks. At the same time I had to maintain my awareness of the train that was approaching because it was just about to arrive.

This has been a very particular experience, but they prepare us for this sort of thing.