And I have to say, being a fan of the original pair of mushroom jumping, coin collecting Italian brothers, this makeover is very cool.  Too bad it’s just a mock trailer for a movie/video game that will never get made.

From The Game Station comes this gritty reboot, and all the characters are there, in their new, underworld incarnation.  Along with the brothers Mario and Luigi, there’s Yoshi, Toad, Bowser, Peach, Bullet Bill, the Hammer Bros, the Goombas, and the Koopa Troopas.  It’s an epic gangland remake of the venerable franchise, and much bloodier and explosive than the original—by about 1000%.

Have a gander at “The Brothers Mario” (NSFW for language)… 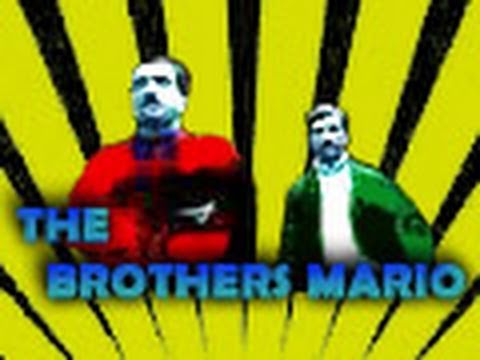 Admit it—if Nintendo actually came out with this much darker version of their signature game, you’d buy it. I know I would.