British Family Being Terrorized by Poltergiest Watching horror movies is a favorite pastime for many, but for Lisa Manning and her two children, living in a haunted house isn’t any fun.

The British family says their home in Coventry is being terrorized by a poltergeist and have video footage to prove it. Chairs slide across floors, doors open and slam shut, ashtrays fly across rooms – all without being touched by humans.

One time the family returned to find their dog lying lifeless at the bottom of the stairs. The vet said it was as if their pet was violently pushed down the stairs, however no one was home that day. Unfortunately, the dog didn’t survive.

The poltergeist has the family so terrorized they’ve fled the house numerous time. Eleven-year-old Ellie is afraid to go to the bathroom alone. Both her and her 6-year-old brother, Jaydon, are now seeing counselors in attempts to deal with their intense fear.

After seeing the video footage, authorities are taking the claims very seriously. Whitefriars housing association is trying to relocate the family. Not soon enough for Lisa.

She’s had a priest come in to perform an exorcism and now puts crosses all over the house in attempts to keep the spirits quiet. Lisa explained:

Your home is meant to be a safe place but ours isn’t. The worst bit is we can’t see it so we have no clue as to where this poltergeist is or what it’s going to do. 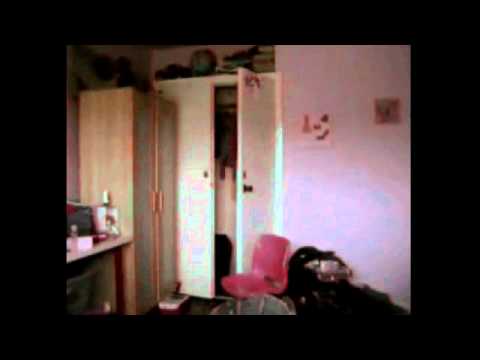 Wanna Be Driver Attacks Examiner Who Didn’t Accept Her Bribe