Some jobs are dangerous. Fighting fires or fighting crime has risk written all over them. But reporting sports scores? Few would think there’s any danger involved in that.

San Diego’s sports director Ben Higgins would beg to differ. Higgins was almost run over by a car during a live report. Unaware of the SUV backing up into him, he luckily escaped being smashed by the vehicle when his cameraman jumped in to save the day.

Smacking on the back of the SUV, the camera man got the attention of the driver who apparently doesn’t know how to use rear view mirrors when backing up.

Although startled, Higgins remained calm as he finished his report joking at the end he was happy to be here to continue his reporting duties. [Last Angry Fan] 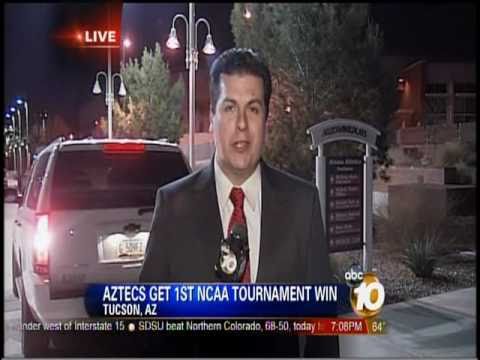