Quantas Airlines passenger gets more proteins than she bargained for An Australian passenger onboard a Quantas Airlines, Victoria Cleven, 42, started eating the “nuts” without checking the bag. She simply opened it and started eating. After chewing on her mouthful for a while, she realized the nuts had a strange taste, she checked the bag and noticed that it wiggled under her fingers.

She discovered at this point, after having had some, that what she was eating were in fact maggots. Her 15 year old son checked his own bag and also discovered it contained almost exclusively maggots. Of course, being in 2012 with 2012 technology (read cell phones with multi-megapixel cameras that shoot video) they recorded the package for YouTube’s viewer’s pleasure and delight. 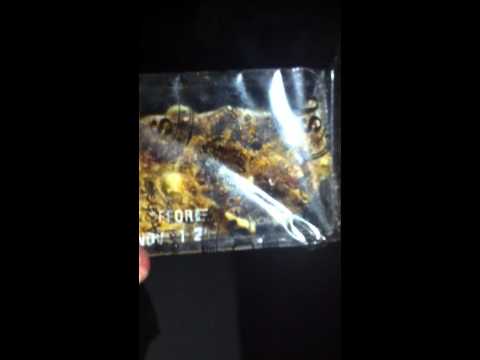 When I was a small child, my dad used to take me fishing with him. In Italy back then (early 1970s) colored maggots were used as bait. I don’t remember much of this since I was too young, but he later told me that I would make racetracks in the sand, race maggots against one another and cheer them on, because I thought they looked like cars. Notice that I didn’t actually eat any. (that I know of…)