So far, she is 0-1 though, as the Devils have won that game as well as the one in New Jersey on Saturday, extending the Stanley Cup final to 6 games as the Kings attempt to clinch their first Stanley Cup in history. They’ve also moved me from second to third place in my Stanley Cup finals pool but I digress. (Damn you Devils! Damn youuu!)

Stevens, a 24-year-old Maple Leafs fan from Toronto, said she tried to distract the Devils in Game 4, but it didn’t work as they survived elimination in both Games 4 and 5.

The Kings lead the series 3-2 going into tonight’s game 6.

In the video below, DeBoer can be seen eyeing Taylor’s assets, before moving next to them in order to get a better view on the giant screen at the arena. 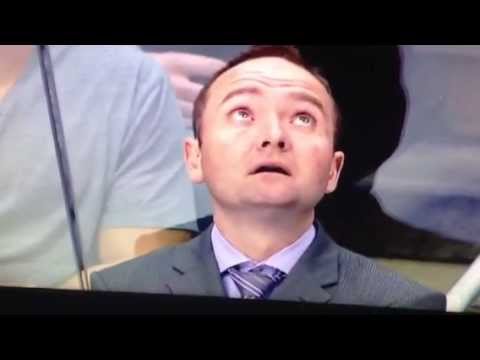