In Philadelphia, a vampire sues Wells Fargo, and wins! 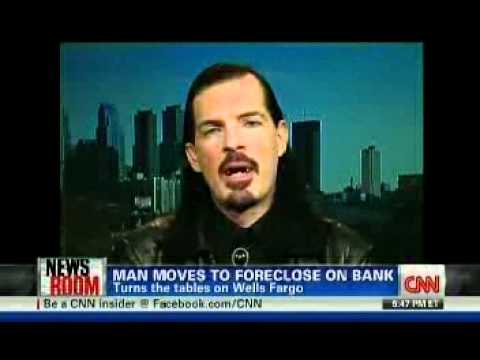 You’ve read that right, as clearly illustrated by the video, a Philadelphia vampire named Patrick Rodgers sued his bank for failing to follow up on a letter he sent, actually make that FOUR letters. Put simply, he applied the Real Estate Settlement Procedures Act (RESPA, 1974) which requires that mortgage lenders acknowledge written requests within 20 business days. They are subject to damages or penalties if they fail to respond.

Rodgers obtained a court order for 1173$ in his favor, and when the bank ignored that too, he obtained a quasi foreclosure on the bank itself, which sadly, got the bank’s attention. It’s a bummer because as he states it in the video, it would’ve been funnier had a Sheriff’s sale occurred in reverse for once. Instead Wells Fargo sent him a settlement and thereby avoided the embarrassment.

Oh, also, did I happen to mention he is also a pranic vampire? Back in the 1980’s and 1990’s had he “come out” like that he might have gotten legitimately slayed by a perky teenager. Nowadays, the advent of the new millenium, coupled with Al Gore’s invention of the Internet, brought all those strange people with outrageous lifestyles and habits, not only acceptance, but also a certain visibility in our society.

Ironic, for someone who isn’t supposed to have a reflection.