As a kid, I always wanted to do particularly dangerous things with otherwise harmless toys, like putting gasoline in waterballoons or attaching tacks to the end of NERF darts.  Clearly, I was thinking inside the box.

David Windestål strapped a camera and a Roman candle to his RC helicopter, and as if that’s not awesome enough, he edited the video with an 8-bit style heads-up display (HUD) and music from NES video games.  The chopper proceeds to shoot hydrogen-filled balloons and evade anti-aircraft fireworks.

It was probably the best four minutes of my life that can be considered a complete and utter waste of time.  Watch: 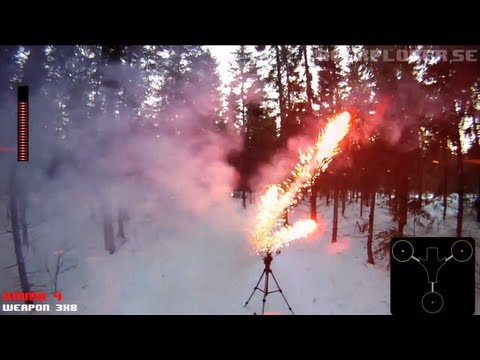