The IAAF World Championships, August 2011, in Daegu South Korea will be remembered in Russia as the day the pole snapped.

At least it will for Dmitry Starodubtsev, his family and some close friends.

The Russian pole vaulter was trying to make a jump of 5.75 meters when his pole snapped in half, just after lift off, leading to a nice fall on the mat.

Gracefully he ran, skillfully he planted his pole and full of strength he jumped, only to have the pole snap like a twig right at the part where the pole is suppose to lead you down. Instead he fell flat on his face.

Check out the video to see the fall. Some might say embarrassing, I say faulty equipment. [NewsLite] 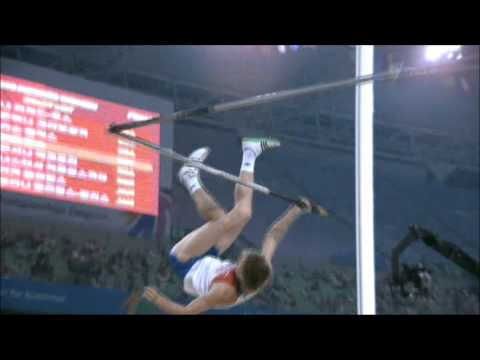 Justin Bieber gets rear-ended, in a Ferrari