In Campbell River, British Columbia, the Edwards are happy to welcome their fifth child to the fold. They are even more ecstatic that the baby boy was delivered by the eldest, 12-year old Gaelan.

As the story goes, Gaelan was watching T.V. when he heard his mom wake up, presumably a little panicked and perhaps screaming. It was 2a.m. and she was in labor.

Instead of running to the phone or screaming for help like most little boys would do, Gaelan ran to his mom to see how far she was. What he saw was the baby’s head.

This is where, in my opinion, it gets remarkable.

Gaelan reassured his mom saying, “Everything is going to be okay.” Then proceeded to deliver the baby as if he was a seasoned pro. CBC reports:

“Gaelan, covered with blood and amniotic fluid up to his elbows, rested the baby’s head on his forearms as his mother pushed. He pulled the baby out by the shoulders and, without having to be told by his mother, ran to the kitchen to grab a pair of scissors and a clean paper-bag clamp. Returning to his mother’s room, he helped her push out her placenta and clamped and cut the umbilical cord. He then wrapped his crying baby brother in a blanket, called a friend of his mother’s, and washed up. It was all over in 20 minute.”

Amazing no? His mom thinks so too. She asked him how he knew what to do and he replied, “Mom, I thought my baby brother was going to die.”

According to his mom Gaelen “…wasn’t squeamish at all, he just automatically reacted because the No. 1 thing was making sure his baby brother was safe.”

Since the delivery, the seventh grader says he knew what do from from watching hospital shows on T.V. and reading medical books.

If this boy doesn’t become a doctor when he grows up he might be denying his destiny.

Watch the video below to hear from the young doctor below. The kid is brilliant. He actually names the type of hold he used to pull the baby out. Incredible. [Source] 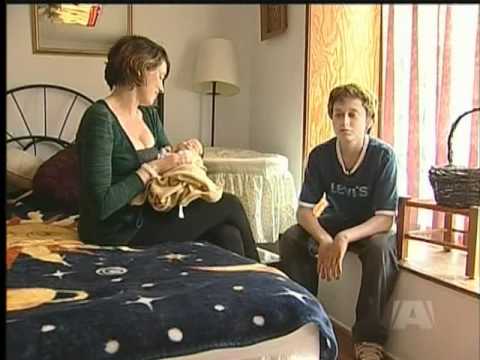