US driver tries to use feet to stop truck, Flintstone style FAIL what works in cartoons doesn't work in real life

Perhaps this was the train of thought that inspires a 24-year old American man to try and stop his truck with his feet a la Fred Flintstone style when his brakes wouldn’t work.

However, what inspired the man to try to drive his pick-up home to fix the brakes he knew weren’t working in the first place is beyond any relm of thinking in the logical brain. But hey, if you’re gonna try to use your feet to stop your truck in busy traffic chances are you’re not dealing with a logical brain.

He’s been arrested for driving on a suspended license and reckless driving.

And for your amusement watch the video police captured on their dash cam. 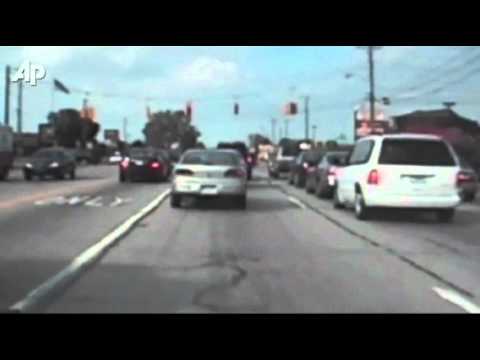