Now, I’ve had a Cockatiel just like the one in the video as a houseguest for almost 20 years and the only things he can imitate are the smoke detector, which is annoying enough when it sets off by itself when a toast is burned, but the (stupid) parrot triggers whenever a nap is undertaken, and then there’s the exact sound I make when I sneeze. A noise he’s been doing for years but that we’ve only just realized is a comical (and slightly insulting) caricature of my sneezing.

This bird though, is not only sweeping the Internet video sites, but also beats my Cockatiel without even trying. It makes me want to ask the owner: “Wanna trade?” 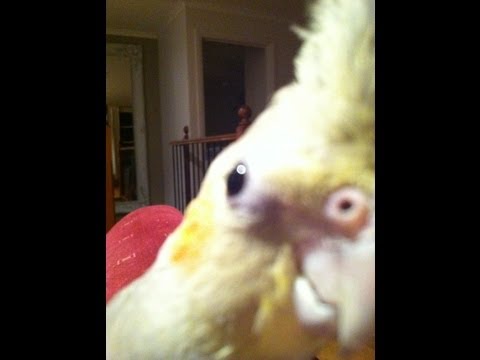 Enjoy the video and if you’ve heard dubstep before don’t be alarmed, there’s generally nothing wrong with your radio. (or blender, lawnmower, motorcycle, etc)

Riots In China Thanks To Censorship Of Toxic Water Warnings