A mother’s attempts to punish her boys by selling their prized toys on eBay failed when she fell victim to the powers of 4Chan, an anonymous online community known for its own special brand of activism.

This time the anonymous legion aimed to show the “evil” mom that her mission was unjust.

It all started when the furious mother, named daney21 in eBay world, found that her two sons had destroyed the bathtub with their Beyblade battles. In case you didn’t know, Beyblades are fancy Japanese spinning tops.

After receiving a $500 repair quote, the frustrated mother could take no more… so she attempted to hock the source of her frustration on eBay – complete with a picture of her distraught rugrats holding the toys.

We are selling 8 Beyblades, 2 of them light up. As you can tell they are not happy about this! They have been using their bathtub as a “battle arena” and Beyblades + Bathtub = Destruction!!! With the metal ones they managed to scrape the enamel off the tub, take a chunk of tub out and break off the soap holder. SO if you “win” this auction DON’T play with in a bathtub!!! We have recieved a quote of $500.00 to replace the tub, some tiles, and soap holder + labor of course! They had approximately $125.67 in their piggy banks that will be going to toward the cost. We will use the profit from this auction towards the balance and then it is onto other toys!

Unfortunately for daney21, the sales plan didn’t pan out – 4Chan came to the boys rescue, ganging up to post fake bids, which eventually rose to $999,999… mad mommy couldn’t get anything.

So daney21 learned the hard way that there is but a fine line between righteously aggravated mother and evil Internet troll – her eBay account has since been deleted. As for the boys, there is no word (as of yet) on whether they got to keep their favorite toys or if they became warriors of the garbage can or found their way into an old-fashioned bricks and mortar pawn shop.

If you have a strong constitution and are not easily offended by highly offensive language, check out the 4Chan community reaction to daney21’s revenge strategy here. For a link to what the 4Chan community and others said of mommy-dearest’s acts check this link http://i.imgur.com/8dYzO.jpg

And for Beyblades check out the video below: 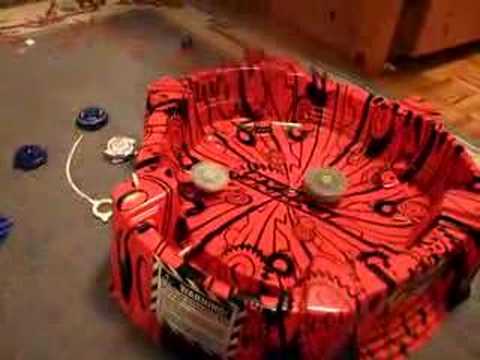 Thief gets stuck in house, asks victim to let him out