Cheryl Hepner is probably wishing the gun killed the target

Divorce is not a nice thing for anyone to go through. It’s even more difficult when your in-laws get involved using firearms. Thankfully, these days we have technology like smartphones to help us capture the acts of others as they happen to bring to court to prove you are indeed the one telling the truth.

Sal Miglino was going through a messy divorce with his estranged wife and it would appear that her mother, Cheryl Hepner, was definitely taking sides. When Miglino went to pick-up his three-year old son from his grandmother’s house, she met him at the door with gun in hand and started firing. Unfortunately for Hepner, Source. Miglino had his wits about him, as he recorded the event in its entirety on his iPhone.

The video shows shaky footage of the scenery outside Hepner’s house as she fires the first shot then he falls to the ground screaming, “You shot me.” More shots can be heard, Miglino yells in pain and in the background you hear grandma talking, however, it’s unclear what she’s saying exactly.

Miglino made it back to his car where he called 911. At the same time, Hepner rushed inside her house and called 911 claiming she was the victim and her son-in-law tried to shoot her. Thanks to the iPhone video police have come to the conclusion that Hepner is the one who fired the shots and had planned the whole thing. 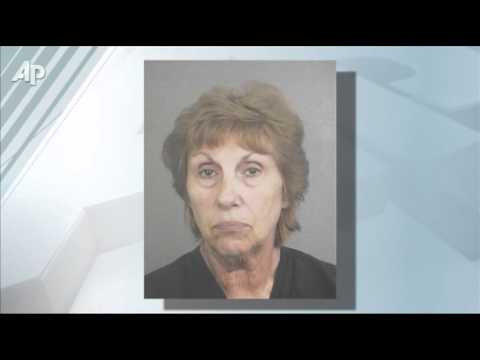