To some it may seem like an absolutely ridiculous idea. To others it’s the thrill of the lifetime and they’re dying with envy. To Felix Baumgartner, it could be historical.

The 41-year old adventure/ thrill seeker from Austria, is set to become the first person to ever do a skydive from the stratosphere, as close to space as you can possibly get, later this year.

Part of the Red Bull Stratos mission, Baumgartner’s been given a special suit which will protect him as he falls at speeds faster than sound and will collect data as he falls back to earth.

Baumgartner’s jumping from an altitude of 36,576 meters (or 120,000 feet) and if he’s successful will break four world records: highest skydive, first person to break speed of sound by free falling, highest balloon flight (yes, he’s using a hot air balloon to get up there), and highest free fall.

While he’s gotten some experience by jumping off some of the world’s tallest buildings, like the World Financial Center T101 in Taipei, there’s nothing that will fully prepare him for this truly awesome and frightening feat.

Good luck. May you make it back to Earth in one piece. Source.  Picture. 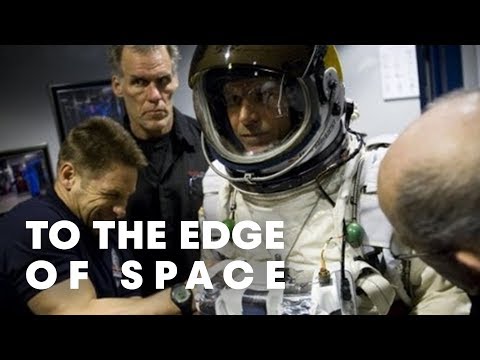 Insurance fraud scam nets three men over $650,000…after they cut one of the men’s hand off